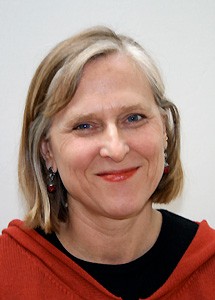 Elizabeth Beringer has been involved with the practice and development of the Feldenkrais Method® for more than twenty-five years and is one of the foremost Feldenkrais® Teachers and Trainers. She studied directly with the founder of the Method, Dr. Moshe Feldenkrais, in both the US and Israel between 1976 and 1983. Elizabeth has maintained an ongoing and varied private practice working with a diverse population including those with severe movement limitations, children, seniors, musicians and those in chronic pain. She has also worked extensively with athletes, martial artists and dancers and is known for her ability to apply the Method in dynamic situations.

Over the years Elizabeth has been actively involved with the development of the Feldenkrais Method into a respected profession: founding and editing for eighteen years the first Feldenkrais® Journal, developing educational programs and materials, working with the practitioner organization, The Feldenkrais Guild®, in numerous capacities, and co-founding Feldenkrais® Resources with David Zemach Bersin. She has also taught post-graduate seminars for Physical and Occupational therapists.

Currently she is involved in the training of new practitioners and recently graduated training groups in Milano, Italy, Biel, Switzerland and Berkeley, California. She also travels extensively teaching in post-graduate and practitioner training programs in Europe, Australia and across the U.S. In addition to her Feldenkrais practice Elizabeth has studied numerous other Somatic disciplines. More recently she has pursued the study of the cognitive sciences and her current teaching integrates current advances in the cognitive sciences into the Feldenkrais perspective.

Elizabeth has practiced the martial art of Aikido since 1977 and currently holds the rank of 6th degree black belt. She is an assistant instructor at San Diego Aikikai, in San Diego, California.

Elizabeth lives in San Diego, California with her husband, Rafael Nunez, a professor of cognitive science at the University California San Diego, and her daughter. 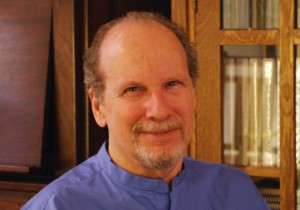 David Zemach-Bersin is one of Dr. Moshe Feldenkrais’ original American students and studied closely with Dr. Feldenkrais from 1973-1984 in the U.S., Europe, and at the Feldenkrais Institute in Israel. He has been involved with the practice and development of the Feldenkrais Method® for more than 30 years, and is one of the world’s foremost Feldenkrais teachers and trainers.

Since 1977, David has maintained an ongoing and varied private practice working with a diverse population including those with severe movement limitations, neurological problems, children, seniors, world-class musicians, dancers, actors, and those in chronic pain. Since 2004, David has been teaching the Feldenkrais Method each summer at the prestigious Marlboro Music Festival in Marlboro, VT. He lives with his wife and three children in Bucks County, Pennsylvania.

For Functional Integration lessons on the East Coast in the New York Metropolitan area or the Philadelphia area with David Zemach-Bersin please call: (215) 230-9208 or (800) 482-3357 or write to: mail@feldenkraisinstitute.com 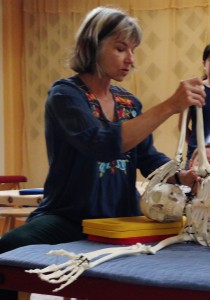 Carol Kress is a highly experienced Feldenkrais Practitioner of more than 25 years, and a Trainer who brings to her teaching a desire for excellence and a wish to communicate the essence of the Feldenkrais Method. In her private practice she works with both adults and children with a variety of difficulties, including chronic pain and neurological problems, as well as performing artists. Her work is informed by a long-time involvement in equestrian arts, yoga, a passion for Argentine Tango, and her long time practice of the martial art of Aikido, for which she holds a 4th degree black belt.

Carol first began to study the Feldenkrais Method in 1985, she finished her Feldenkrais Professional Training Program in 1993. Carol teaches worldwide. She has completed the editing and publication of Volume One of an in-depth biography of Dr. Feldenkrais, written by her late husband, Trainer, Mark Reese. She is now working on Volume Two. Carol lives in Marin County, California and practices both in Marin County and Berkeley, CA.